Roberto Duran “joked” during his Twitter live-chat for ‘Hands of Stone’ – he was asked by fan “If you could fight someone today, who would it be?”  Duran responded in his native Spanish that he’d fight Trump.  Actor Edgar Ramirez, who plays Duran in the film, translated into English.

Latino Boxing Legend Roberto Duran challenges Donald Trump to get inside the ring with him and “see how strong he is.”

Defending his country and culture for over 50 years, Roberto “Manos de Piedra” Duran, who is considered a national treasure in Panama, said if he could  get one person inside the boxing ring today, it would be Donald Trump. “To see how many Latin people he wants to deport, and see how strong he really is.” Duran further explained that his disrespect to the Latino community has become a cultural war and he would proudly do what he could to defend his people. 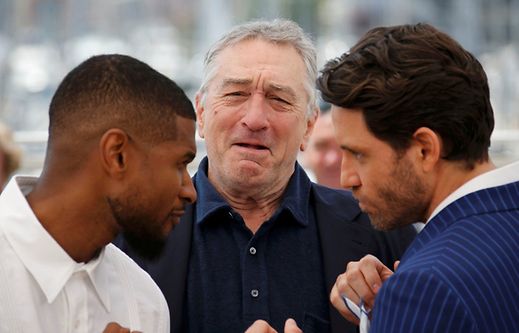