Skip to content
Young, professional and successful, John (Morris Chestnut) and Laura (Regina Hall) Taylor desperately want to have a baby, but are unable to conceive. After exhausting all other options, the couple hire Anna, a beautiful young woman who agrees to become a surrogate mother for the Taylors. Everything seems fine until Anna (Jaz Sinclair) starts to develop a dangerous fixation with John as the pregnancy moves further along. The Taylors now find themselves playing a deadly game with a psychopath who holds the key to their future.
We got a chance to speak with stars of the upcoming film, Morris & Regina, while on their whirl wind media tour.

On how “When The Bough Breaks” fits into movie roles and opportunities getting better for black actors and actresses.

Morris: I think just to be able to still be working in Hollywood, whether you’re black, white, or whatever in general is a blessing. In terms of black Hollywood I think the opportunities are increasing with regards to television, but I still feel we could be doing a little bit better when it comes to film but there are opportunities none the less in both.

Regina: I agree with Morris, it’s a work in progress. It’s always a blessing to be working, but ideally we hope things continue to evolve.

On what it was like working together on a film that created such an intense environment.

Morris: We’re both professionals and the one thing with this film is it was very challenging. It was an emotional film, but working with someone that is a professional such as Regina, such as Jaz, such as our director Jon Cassar made it just another day at the office and Regina definitely made it fun everyday with her sense of humor…

Regina: Yeah, I think we were both ready to do something light after the project ended, but we were able to find moments that weren’t intense and take and break and have fun. The thing is, when you’re working, you’re in the mode and the project at that moment is the most important…more than what you’re going through because you know that you’ll be out of that emotional state in a few months once you finish. When you’re shooting the intensity is part of what’s driving you and you actually appreciate it because it’s what’s driving your performance.

It wasn’t my first time, but it’s always a great opportunity when you’re not just an actor in front of the camera and to actually be able to have some type of input into the overall process beyond just being an actor. That’s something that I’ve been continually trying to do more and more of each time out, so it was cool.

I felt that the script was different…it definitely had elements of other thrillers but I felt it was unique in its own perspective and had its own voice, so I wanted to be a part of that. I knew Regina Hall was involved so I was looking forward to working with her and also our director Jon Cassar. I was familiar with his work on (the television series) 24 and I was really looking forward to working with him after sitting down and discussing his vision for the film

Regina on whether her character, Laura Taylor, had a broken connection to her woman’s intuition or was just naïve in putting so much trust in Anna.

I just think that her desire for a child overrode her sixth sense, which is what happens a lot of times to women in relationships. You know, you like a guy so much that your sixth sense or women’s intuition doesn’t kick in because your desire for what you want is bigger than what you pay attention to and bigger than your red flags. In my mind, what I told myself for the role, was that the girl, before the pregnancy and the hormones, wasn’t as bad, wasn’t as blatant, it wasn’t as obvious…and I think that once somebody is implanted with your last embryo you don’t really have much of a choice, even when you do realize it…so you can’t even allow yourself to know that it’s a mistake because it’s done, its permanent, you can’t go and scrape it out (lol), you have to go with it at that point.

You gotta’ see the movie, I can’t tell you, lol

Damn it, we almost had her. 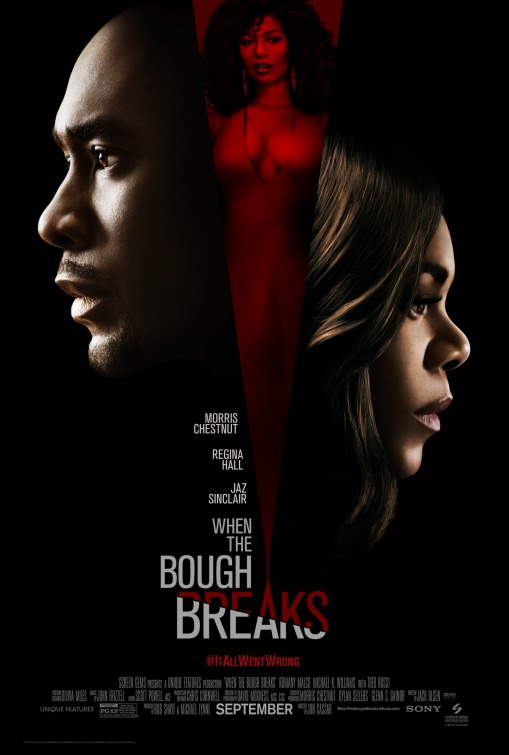