Justin Tipping makes his feature debut in spectacular fashion delving into the sneaker sub-culture and the violence often associated with it in the inner cities. He gave us a few minutes of his busy schedule to discuss the upcoming film.

Fifteen-year-old Brandon longs for a pair of the freshest sneakers that money can buy, assuming that merely having them on his feet will help him escape the reality of being poor, neglected by the opposite sex and picked on by everyone – even his best friends. Working hard to get them, he soon finds that the titular shoes have instead made him a target after they are promptly snatched by Flaco, a local hood. Brandon goes on a mission to retrieve his stolen sneakers. 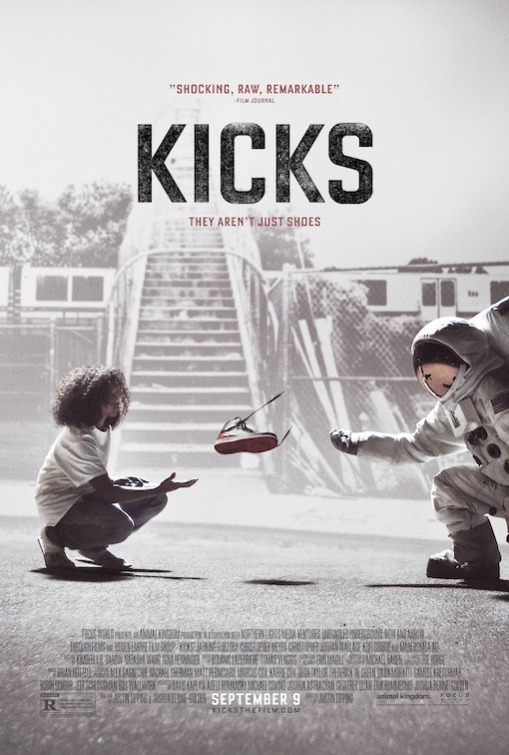 2LOUD: We saw you were able to have Biggie’s (Notorious B.I.G.) son co-star in the movie. Did you have a personal connection to the characters?

Justin: The casting process was pretty crazy. We actually worked on it for a year before ever stumbling upon D.J. So we finally found the three main kids, Jahking Guillory, Christopher Wallace Jr., and Christopher Meyer and they all kind of came from the culture and were authentic. They cliqued together, had great chemistry, and we were like oh snap these are like three best friends. And They’re still friends, so that was cool.

2LOUD: There are several themes that run throughout the film. What is one of the main lessons you want the audience to leave with?

Justin: When it cuts to black I always want people to sit and think like “Wow, what did I just see.” I want them to have the conversation of why did they have to go through that? Why is there this cycle of violence and how can we start the discussion to end it. And to remind the audience that things like this happen every day. Violence is a very big epidemic. I didn’t want to kill somebody at the end of the movie, I wanted the movie to end with hope. All these kids went through something. Brandon stole a gun, Flaco’s son would not give him the gun. Flaco walks away. And that was my main goal, to realize that there are choices, even though the circumstances might be terrible…the community needs to start redefining what it means to be a man.

2LOUD: That brings us to our next question and answers it. We were going to ask if you had it to redo, would you change the ending because we expected someone to die at the end, but you gave us something different…

Justin: Yeah, I definitely felt like that would be a familiar or expected thing and to not do that would be something that shook everyone’s expectations.

2LOUD: and it’s also the harder decision. It’s easier a lot of times, it seems, to take someone’s life than it is to walk away…

Justin:  Right, that’s what we should be teaching these young boys. That to man-up sometimes means to walk away and not participate in the violence.

2LOUD: Did you feel it was part of your responsibility to help shed light on this aspect of the (sneaker) culture since you’re a part of it?

Justin: I think that whether its explicitly stated in the movie or not people are aware of the fact that the cycle of violence is intertwined with the cycle of poverty, for example Brandon’s (Jahking Guillory) mother, like  a lot of low income families, is working and absent. And that’s what happens when you don’t have a strong family unit. Would that be happening if she was home? And that’s the reality of these kids. And that’s the tragedy.

2LOUD: What’s one thing you think we can do to change the “I Have to have it” mindset of today’s youth, other than creating a great movie that helps shed light on the subject, lol?

Justin: What do you mean, I just made the movie?! Lol…no but really, you have to have the conversations. You can’t just say “oh this is stupid “for wanting something. Not acknowledging it only makes the problem worse. If you can work hard, and save your money, and you’re buying it cause you legitimately like the shoe, then fine. But make sure you’re using your money for books, and tuition first. There’s nothing wrong with that.

This is almost showing the darkest side of materialism. The character uses money that he doesn’t really have to buy shoes because he thinks it will change his life. It’s the motivation behind wanting the shoes that’s the most concerning for me.

2LOUD: Speaking of the Jordan’s, there’s been a lot of controversy surrounding Michael Jordan because he doesn’t speak out about the violence surrounding the sale and theft of his shoe. What do you think about Jordan’s silence?

Justin: I think that is a complicated question. I mean I made a movie about it. He probably has something to say about the price and look, but people should not killing each other nor should people be dying over them. People are breaking into houses and being robbed and stores are being robbed for iPads and iPhones but people aren’t going after (Steve) Jobs. But because Jordan’s brand is directly associated with him and he’s such an important figure I think people associate it different. I do think it’s weird that he’s speaking out against police violence now, but hasn’t spoken out against violence surrounding his shoes.

2LOUD: Ok, Now after all of those deep questions, we have a fun little section called Fill in the Blanks.

Justin: Being an agent of change.

If I was caught by paparazzi I would want to be caught with __________celebrity. 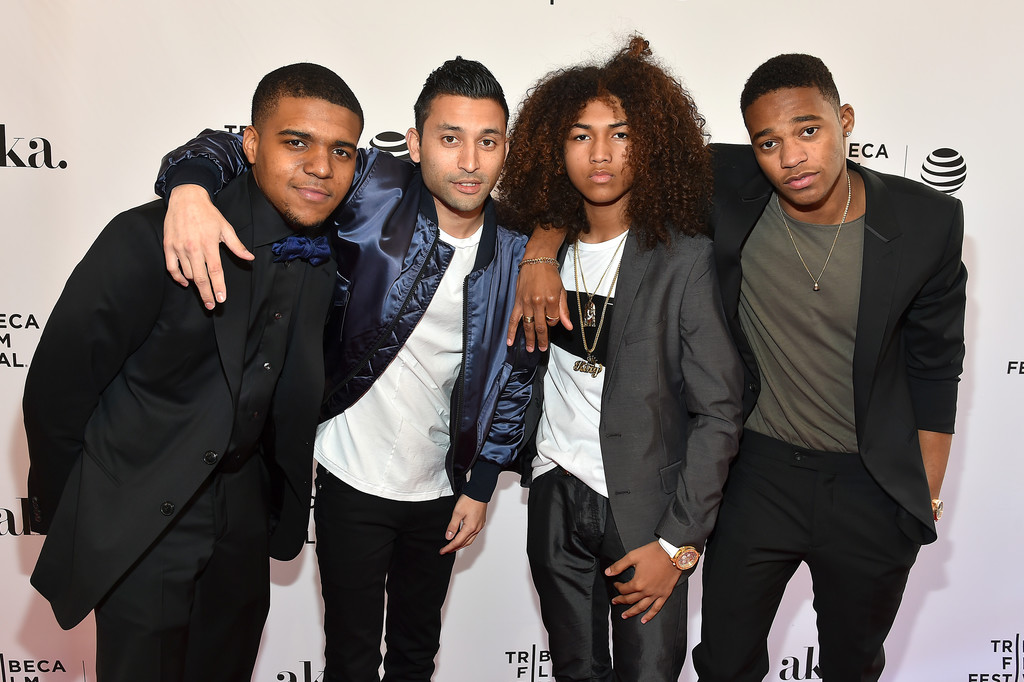